Full Thrust fanbois prepare to flail with nerd rage as new kid on the block Spartan Games has released another fleet for their outstanding space combat game Firestorm Armada as well as painted pictures of the next fleet for release. This rounds out the 6 fleets detailed in the main rulebook, the Directorate are shipping to stores as we speak while the Relthoza will appear a little down the line, this will also include the Escorts and Heavy Cruisers so you won’t miss out with the options available to other fleets.

Starter sets are being released to allow people to dive on in with the new factions. I’ve reposted some of the pics from the Spartan website to get people in the mood. 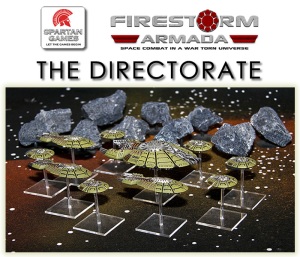 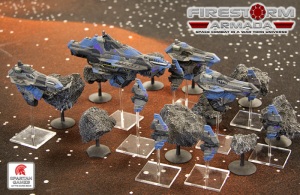